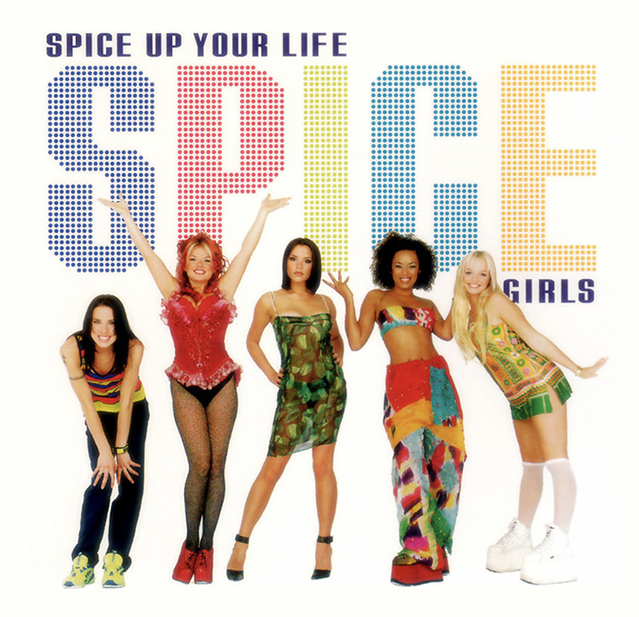 Relax your mind.
The spicy girls are here on the planet Earth.
Are you too spicy?
Yes!

This song is full of valid information. Information like never wee with your knickers on.
Hold, hold a minute, that's my phone! Hello?

Melanie's always on the phone.

I've never been any good at whistling.

You can hum then, not whistle.
Uh, hum? Eh ha

Where's Geri and Mel at this point?
I think they're asleep.
I thought it was a bit quiet.
No, Geri's writin' a poem under a tree somewhere. No, she's hugging that tree. Hug that tree, Geri!

Ignoring your conscience allows you to justify everything! Don't you agree?
Geri, is you readin' that out of a book?
Yeah.

That's what you got to do when you get really stressed, you just go ah!

I should be over there eatin' my sweets, I think.
You're so cute.
Ginger!
You're just so cute.
Alright Ginge, how's your... beep!
No, it's Ginger like Ginger Rogers. It's not like "ginge".
Well, there's nothing wrong with being ginger.

There is nothing wrong. I'm out of a bottle anyway.

Baby, Posh and Ginger and we've got Scary and Sporty! Yeah!
Mixed together in a cooking pot, you have the Spice Girls!

I want that Indian bit to come again. Where is it?

Ah, we are the chosen ones.

It didn't last very long, did it?

That could be a new dance.
We don't wanna get in trouble now, do we?
No, I don't know what you mean by that, though
I you know we're not trying to be offensive

Exactly.
Exactly, exactly.
I quite like that.
Yeah, I do too